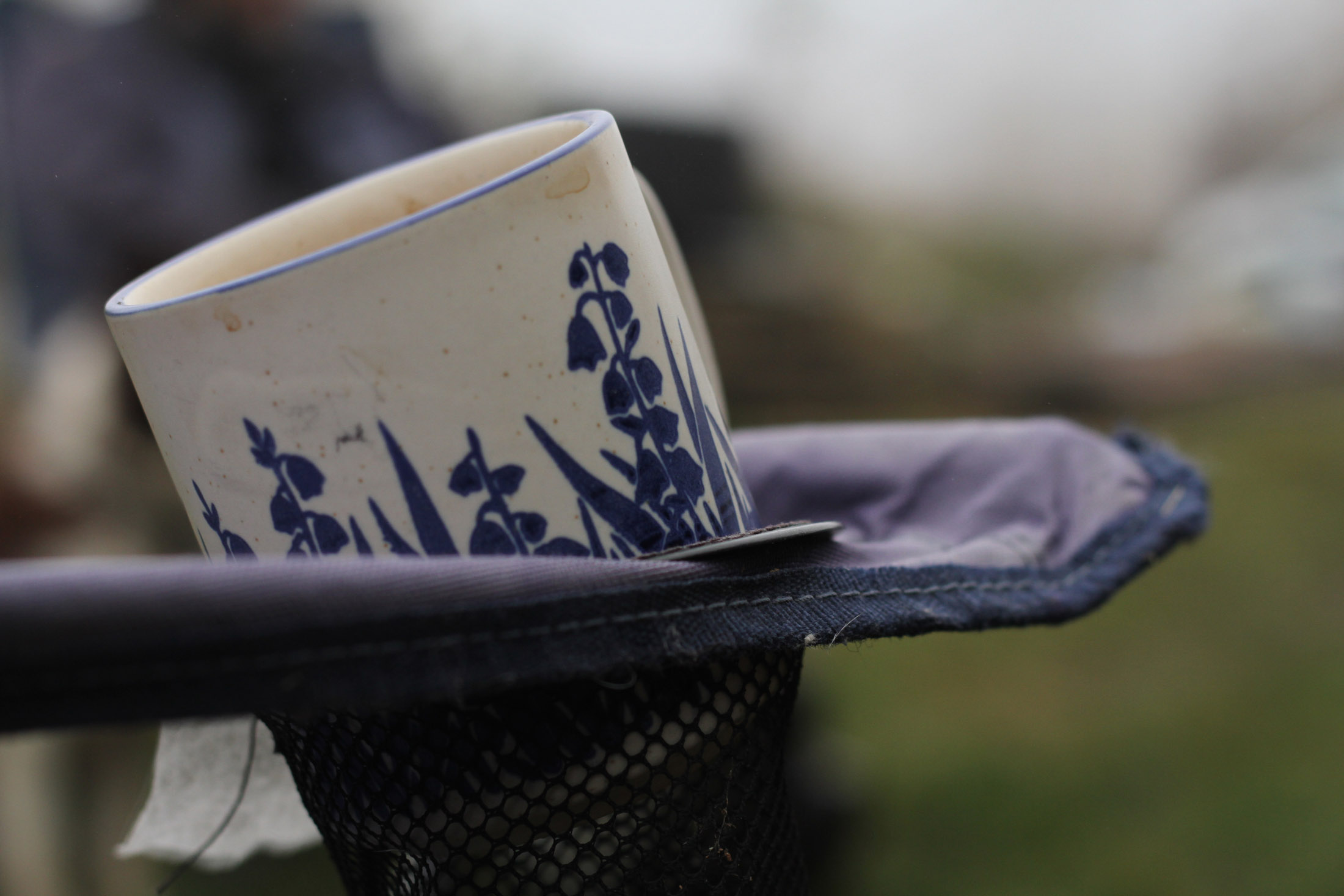 at work in wark

A cuppa in a field

Another foggy morning, thick and dense on the roads so I leave early on my way to Wark, Northumberland, and the farm of Fransje and Peter. I get to their barn, and their farm, without much trouble, and meet their two dogs (both beautiful collies), their two chickens, their rooster, their line of ash and oak saplings, and themselves.

Peter is unfolding outdoor camping chairs in a perfect triangle. When I sit down, they sit across from me, and it feels like watching a TV panel show. This is emphasised as they casually correct one another on details in their stories, and I listen silently as if I am the host. The fog is thick around us, so I cannot see their farm next door, and can barely see my own van parked a few metres behind Peter.

A cuppa is offered from a flask. I brought my own, thank you, but I will take a biscuit, thank you very much.

Before I really have a chance to start, they have already dug in. Neither come from traditional farming stock. Fransje was an occupational therapist. Peter had council roles in agriculture, so worked in this area but not directly as a farmer. He is also involved in Hexham farmer’s market.

Both are passionate speakers – Peter when he orates about the use of medicines, pesticides, and the decisions of farmers en masse. Fransje when she speaks about the sheep, their wellbeing and their lives in the hills.

Fransje brings me to the farm, via a patch of newly planted trees. Ash die-back has hit, but the oaks are healthy. I meet three tups (rams), eagerly waiting at the gate, eyeing up the ewes in the nearby field. It is November and they will soon be brought in to breed.

While walking to the ewe’s enclosure, Fransje talks about foot diseases. Their farm strives to be organic. They use tea-tree and neem oil as insecticide and avoid antibiotics where possible. They try to be as adventurous as they can without using pesticides or insecticides. But one of the ewes has been limping. She has been treated twice with their treatments, but it hasn’t worked. Next step is an antibiotic. There are many diseases that can cause lameness, such as CODD (contagious ovine digital dermatitis), scald or shelly hoof. There are other diseases too, and Fransje says which ones are common depends on the land.

When we enter the farm, the ewes are eager to gather around her and welcome her. But they stop a little short with me there, unsure about the stranger. One comes a little closer and urinates, and Fransje tells me this is emptying her bladder to show that she will be able to run away quickly. Those that don’t approach stay near the gate, pining for the tups in the other field. Fransje laughs at the behaviour, and I joke too about the tups and how the power structure with farmed sheep is female-led – the ewes will be in control when the tup arrives. If human society were like this, I probably would have been slaughtered years ago.

The ewes are few enough that Fransje has given them all names, and the names are those of flowers. Tansy, Bryony, Burnet and others are crowded into a corner of the field. I keep a distance, working with my camera, while Fransje happily, softly talks to the sheep like an occupational therapist, all the while trying to lure the injured ewe Dandelion over, so she can show me the hoof. Dandelion is not interested, instead spending time asserting herself over the newly introduced white-faced ewe, presumably because she is injured and feels at a disadvantage. I’m reminded to “never work with children or animals”.

The other ewes crowd around Fransje, and she happily speaks to them and scratches them. As I am shooting some video, some of them become curious and approach me, including Dandelion at a small distance. Soon I am surrounded by ewes and don’t have enough hands to scratch their coarse wool and shoot video at the same time.

Dandelion is clearly in some discomfort. She keeps out of arm’s reach – I assume the thought is that it is best not to get too close if you have to run away. As we are leaving she sadly limps near us, I think equally disappointed that she has missed out on a scratching, and relieved that she has avoided an examination or worse. I empathise as much as a foolish human can do for a sheep – she wants to walk but hobbles. I notice the movement of her head and spine, and how it is in this movement that you can really see her difficulty. I can’t help but imitate this, dropping my shoulder and walking awkwardly next to Fransje, who doesn’t seem to notice.

Fransje empathises too, talking comfortingly to her ewe as she tries to follow us toward the gate. With three legs she is slower than we are with our two.

(months later, in Spring, Fransje happily wrote to me that Dandelion had healed up quickly and was probably with lamb) 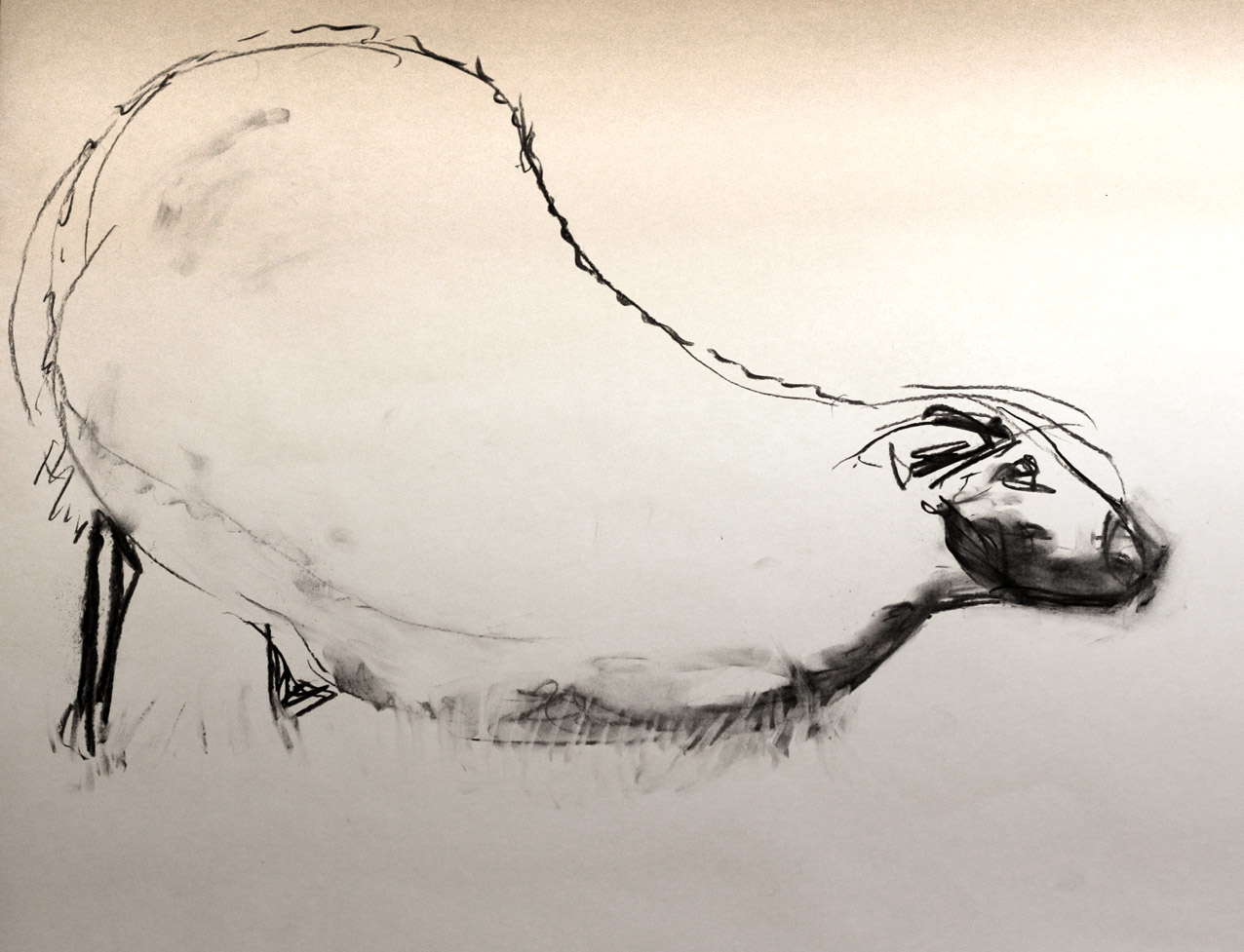 Fransje and Peter have 40 sheep, which are kept healthy through “mob grazing”, i.e. moving the sheep around in packs in three subdivided fields. This keeps them from resting too long in one place, where they can get damp feet (a precursor to different types of footrot) or worms. As they have such a small number, they check the feet of all 40 manually, and admit that after entering damp soil they see a marked increase in footrot almost immediately.

They have different perspectives on farming from their experience with the market and with neighbours. Fransje helps local farmers during  lambing each year and has close contact with these farms and farmers. She talks with a measured accuracy, weighing her words carefully. She says that with such small numbers they can afford to not do blanket treatments, but accepts that some farmers feel there is no choice. Both admit that the choices made are often dictated by what seems acceptable, and suggest that alternatives to expensive treatments for disease are often not known, or not accepted because of industry standards.

There is a touch of hurt in how they speak about farming, as if they wish that behaviours could easily change, but they accept that this change is not always easy to do, or well supported. Fransje: “What I see in farmers is that they often don’t have a choice. They either grow or diversify. They are some of our best friends…we respect our different points of view. I do lambing for another farmer who doesn’t see this type of setup as viable for his farm. He respects our way of working and is often impressed by what we achieve. But I see his compassion and love for animals too. We both respect that.”

Peter laments how funding schemes create an obligation toward growth and scaling up, and if you want to just subsist it is becoming harder and harder: “Many push the economic narrative of getting bigger – this is a failing. Look at what they give grants for – it’s always growing”. I suspect that they would not want this type of grant anyway, and put this to them; they both confirm my suspicion.

This isn’t industry specific, of course, and it is cultural.

Despite all of the concerned observations on local farming practices, both Fransje and Peter feel they have more in common with farmers than they have differences, and are only explaining to me points about their own practice because I am asking about disease.

Speaking of disease, I hit on an interesting point: “Were you both farming when Foot and Mouth came around?”

Both worked with farms, but neither were farming.

Is it possible, then, that you missed out on the massive conversation in farming that took place then?

Fransje explains it succinctly: “It’s a bit like COVID. It happens, then everything changes.” 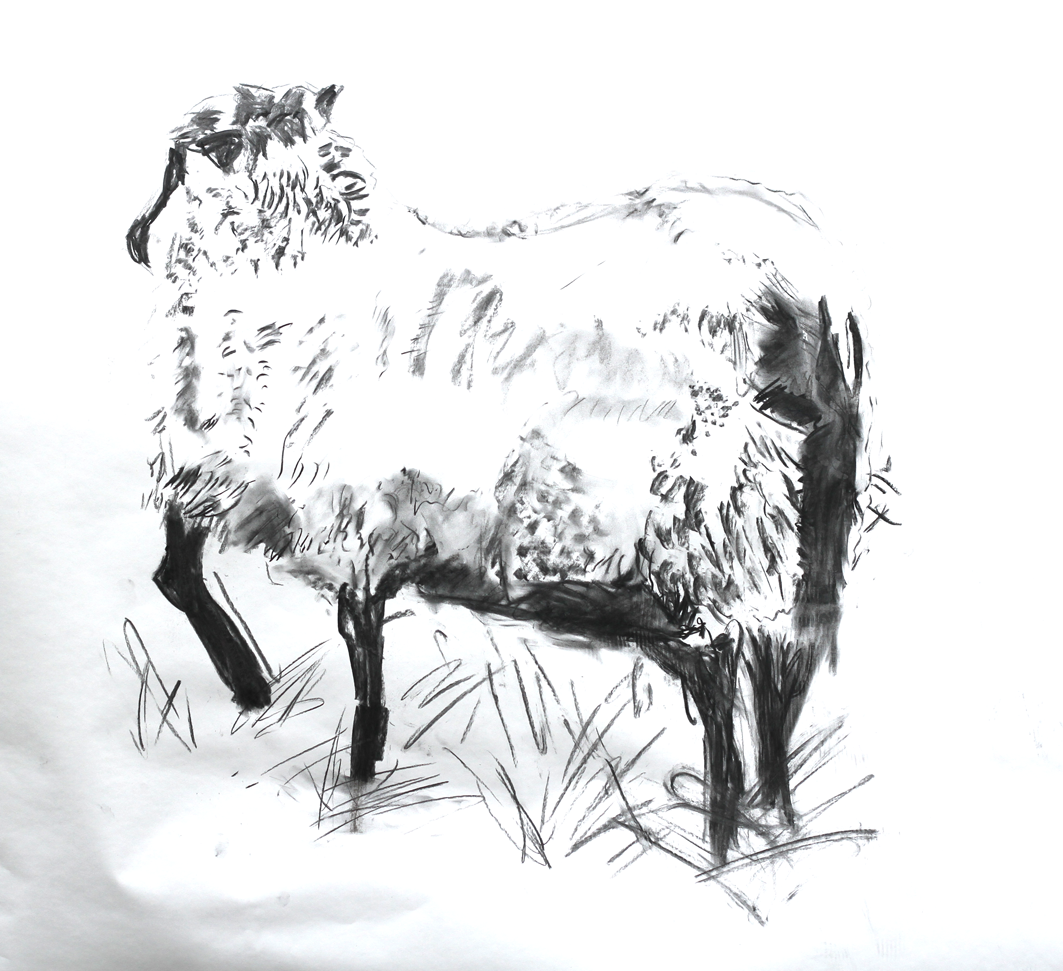 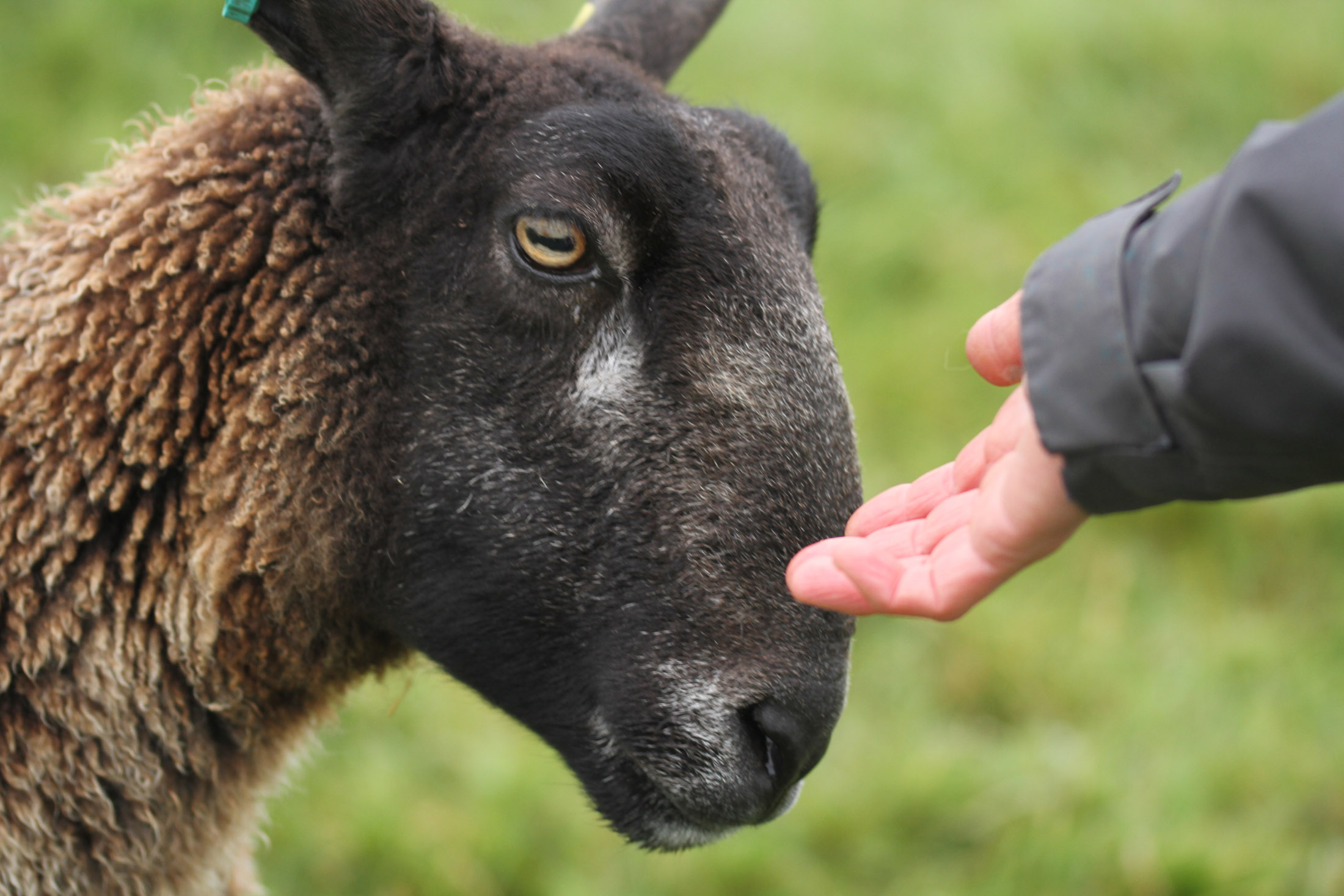 complex reasoning in the mind of a ewe

like artists, they show you what they want you to see

the bob of the head

and the slope of the spine 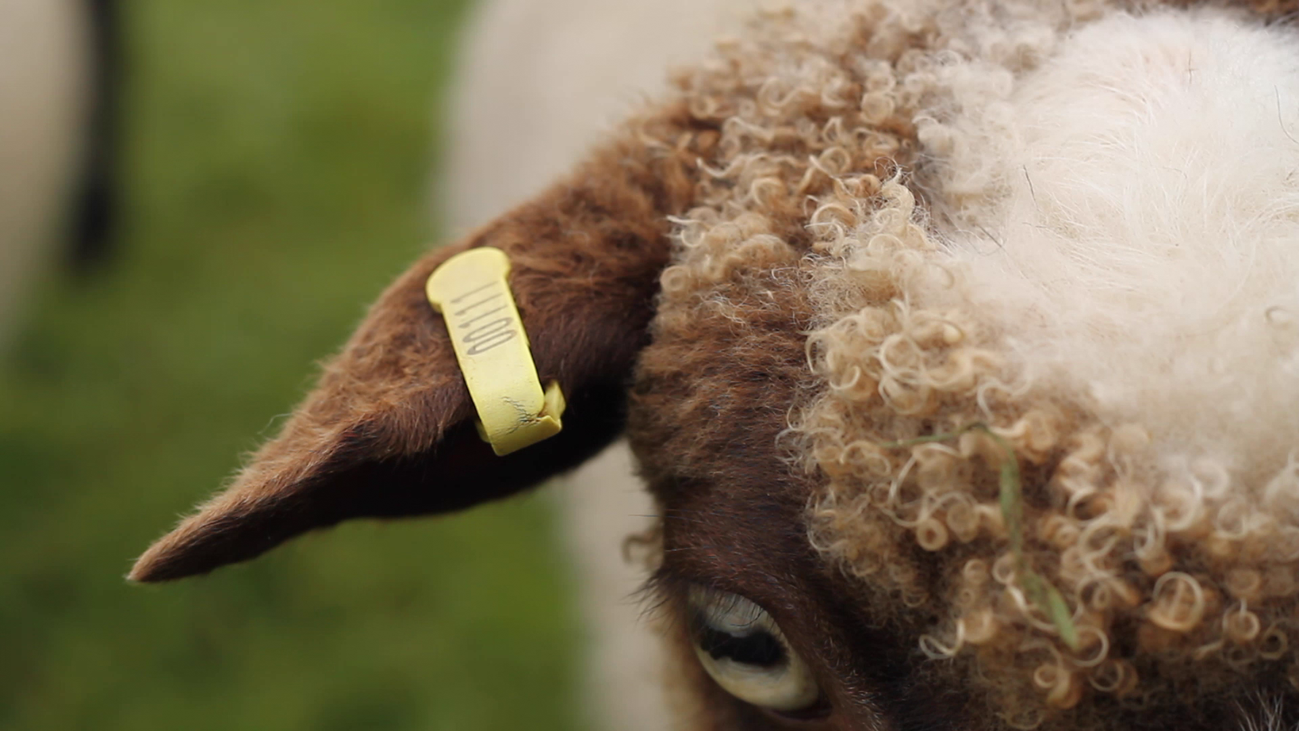 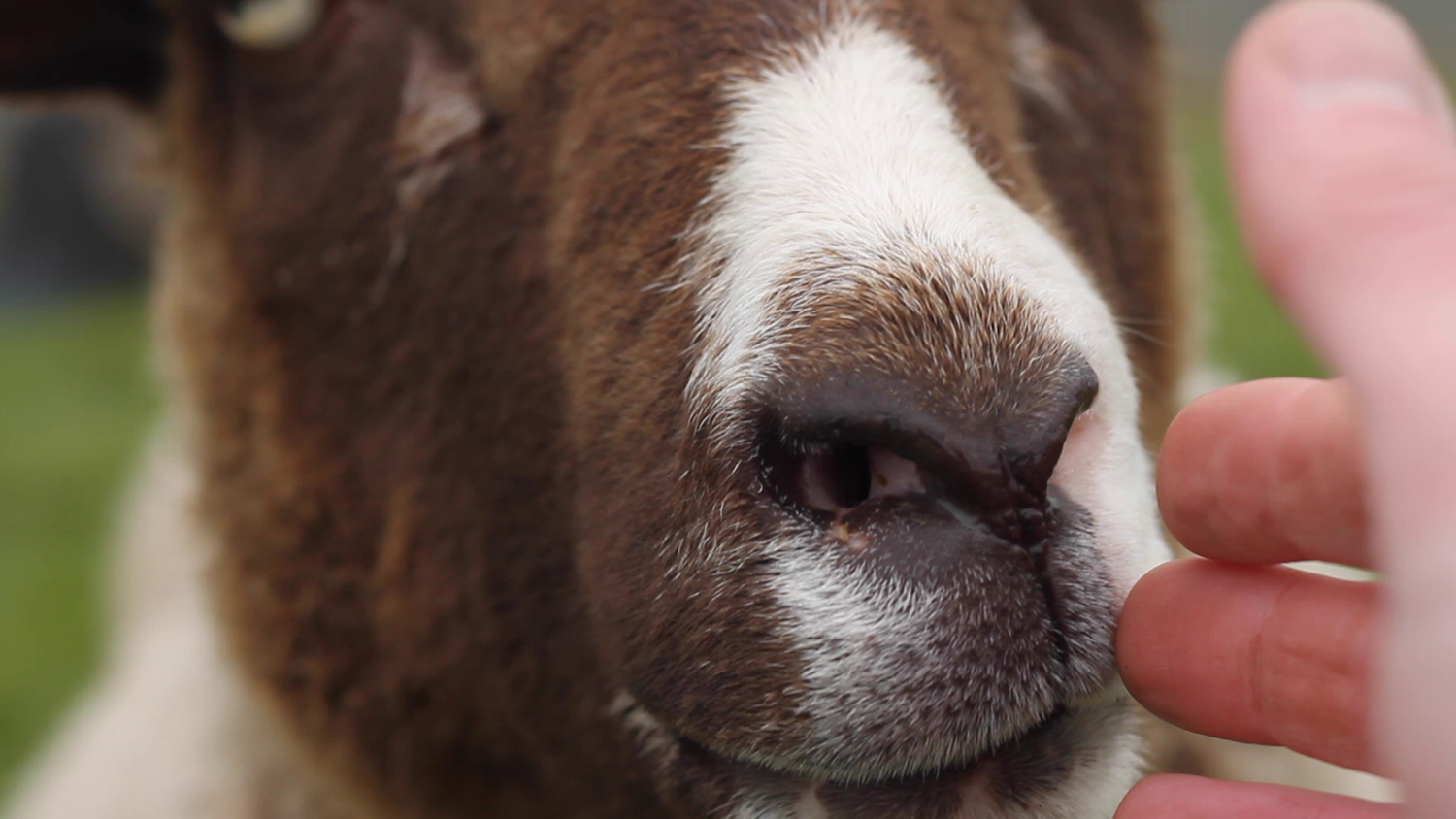 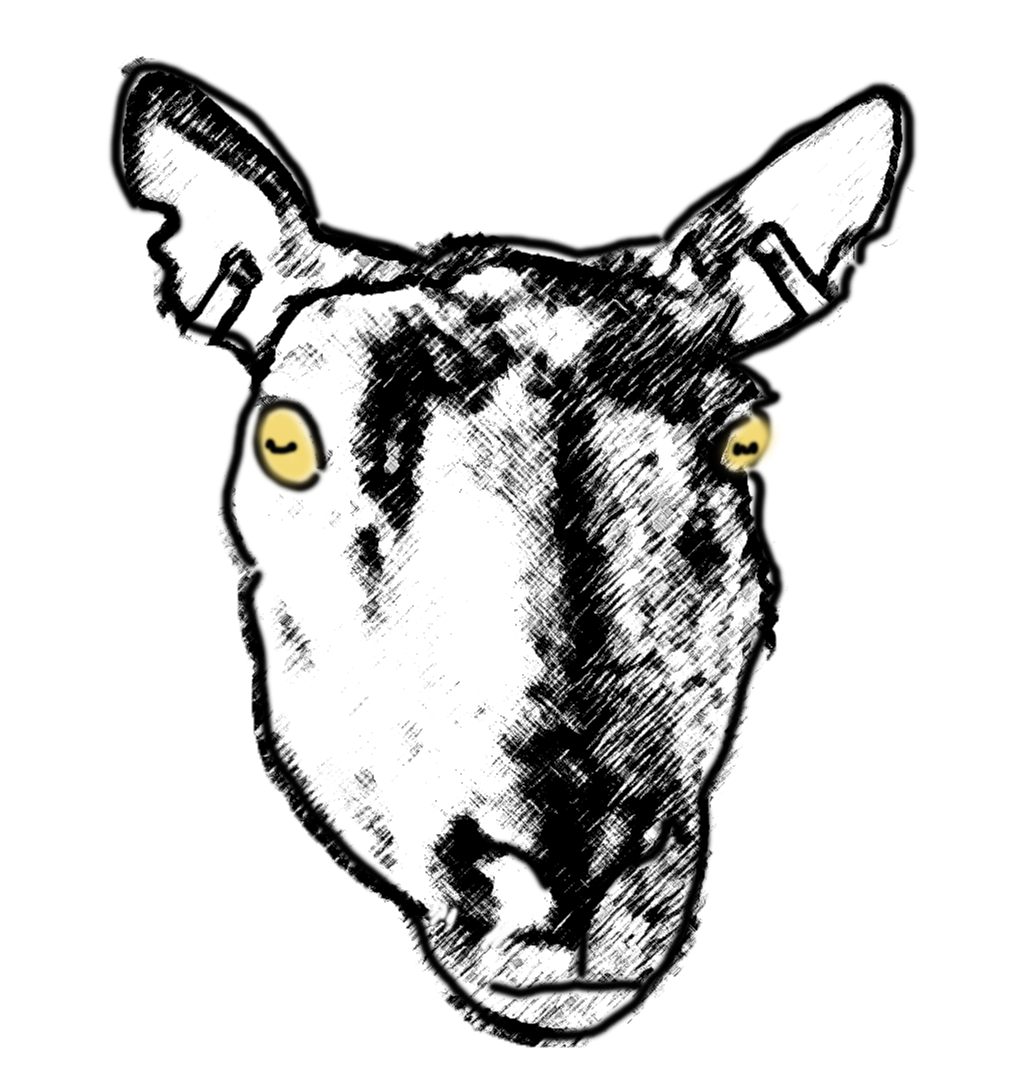 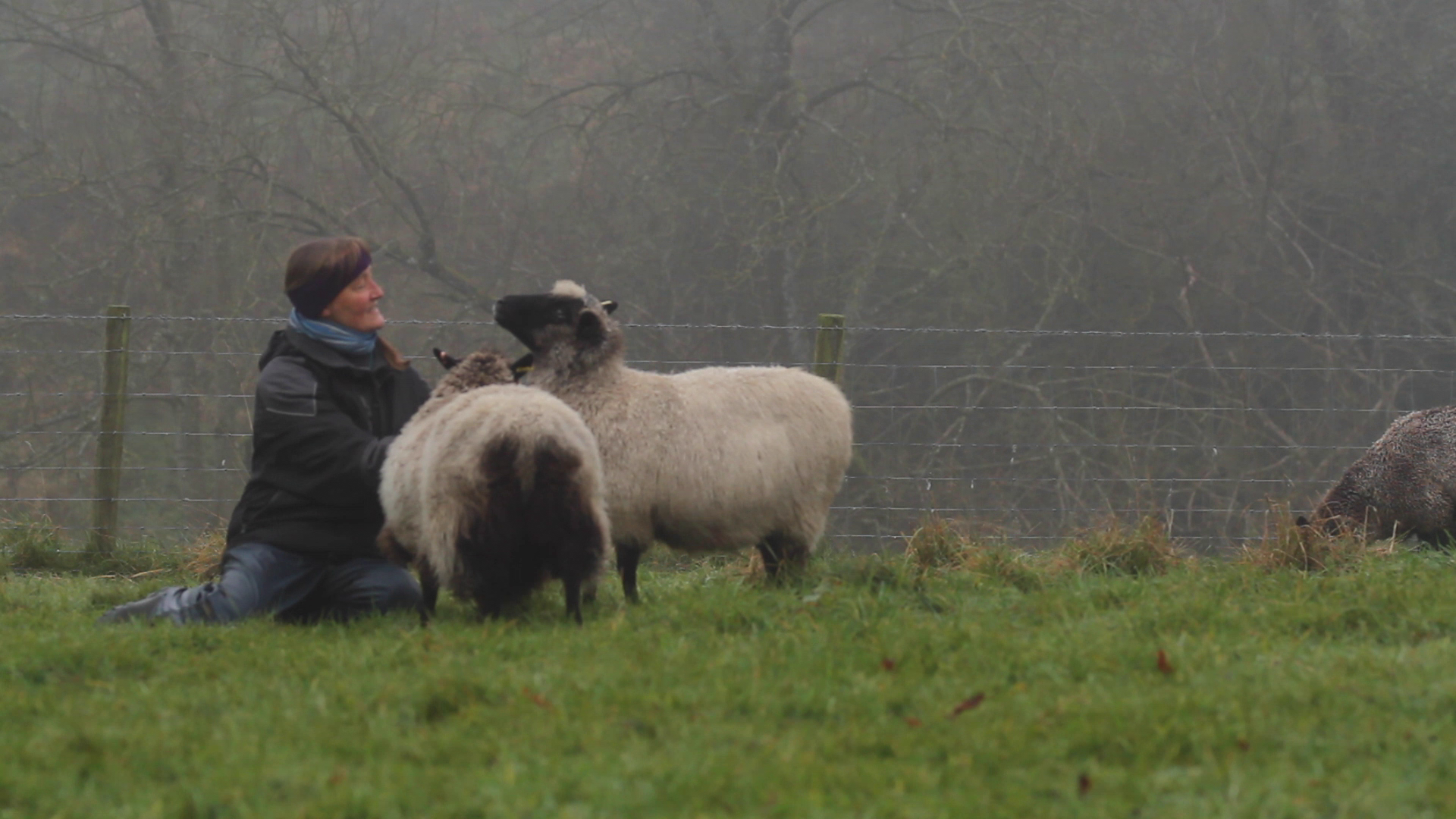 what she was presenting to me

nov 2020 She should be better soon, she just hasn't responded to the last treatment.

mar 2021 Here's Dandelion in the middle, hopefully with some lambs inside her!
may 2021Dandelion had two beautiful ewe lambs and is as friendly as ever. Her feet are holding out 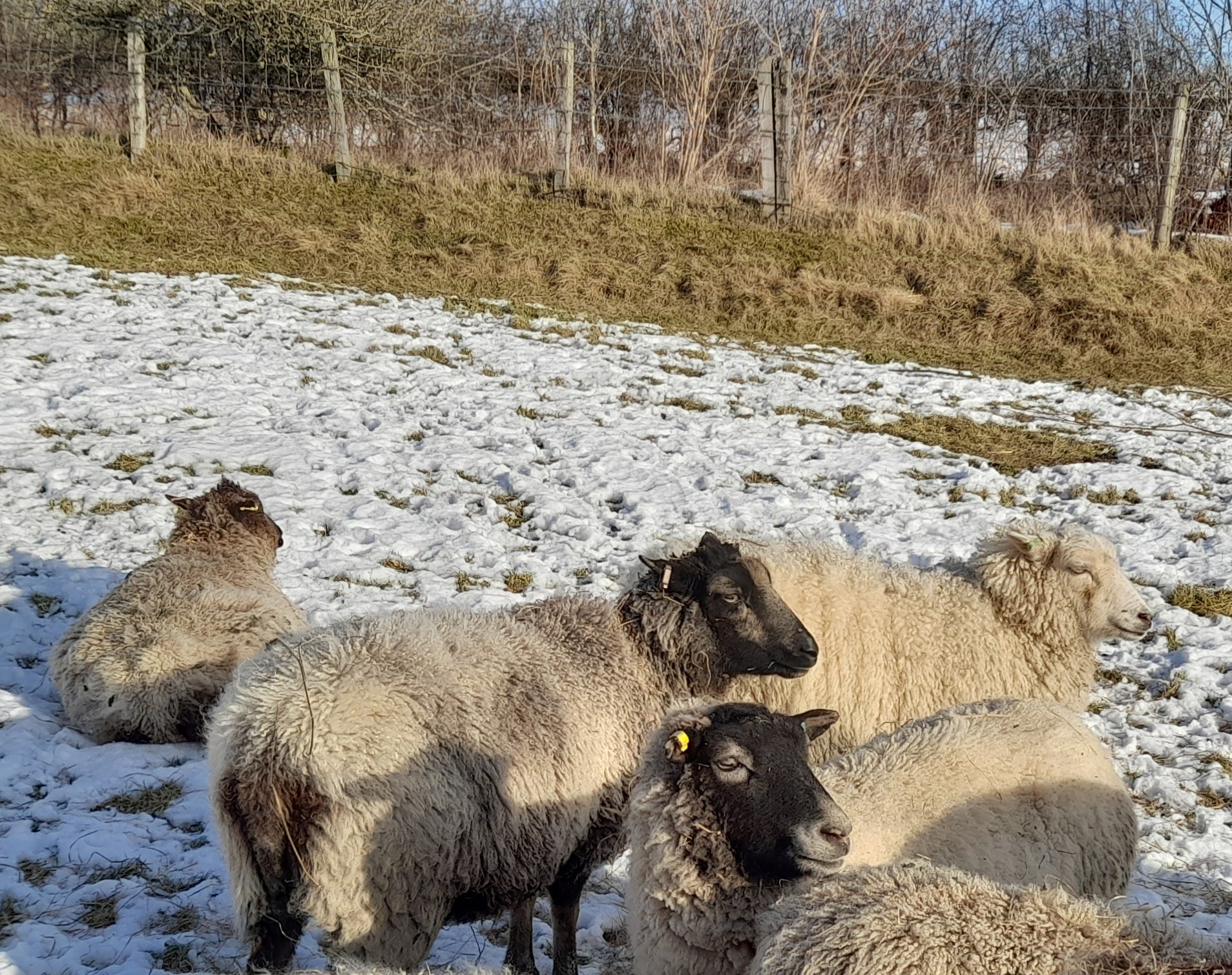 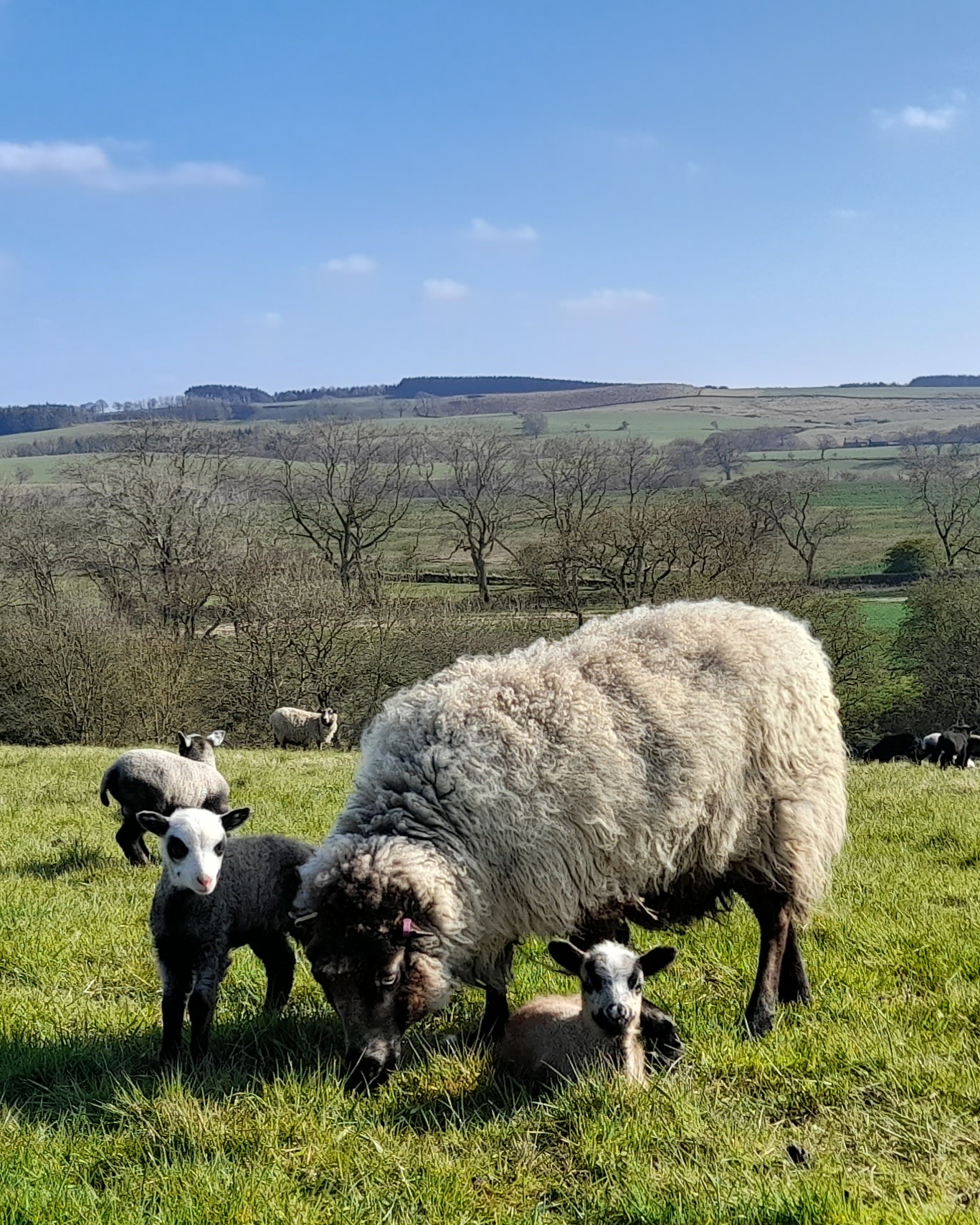 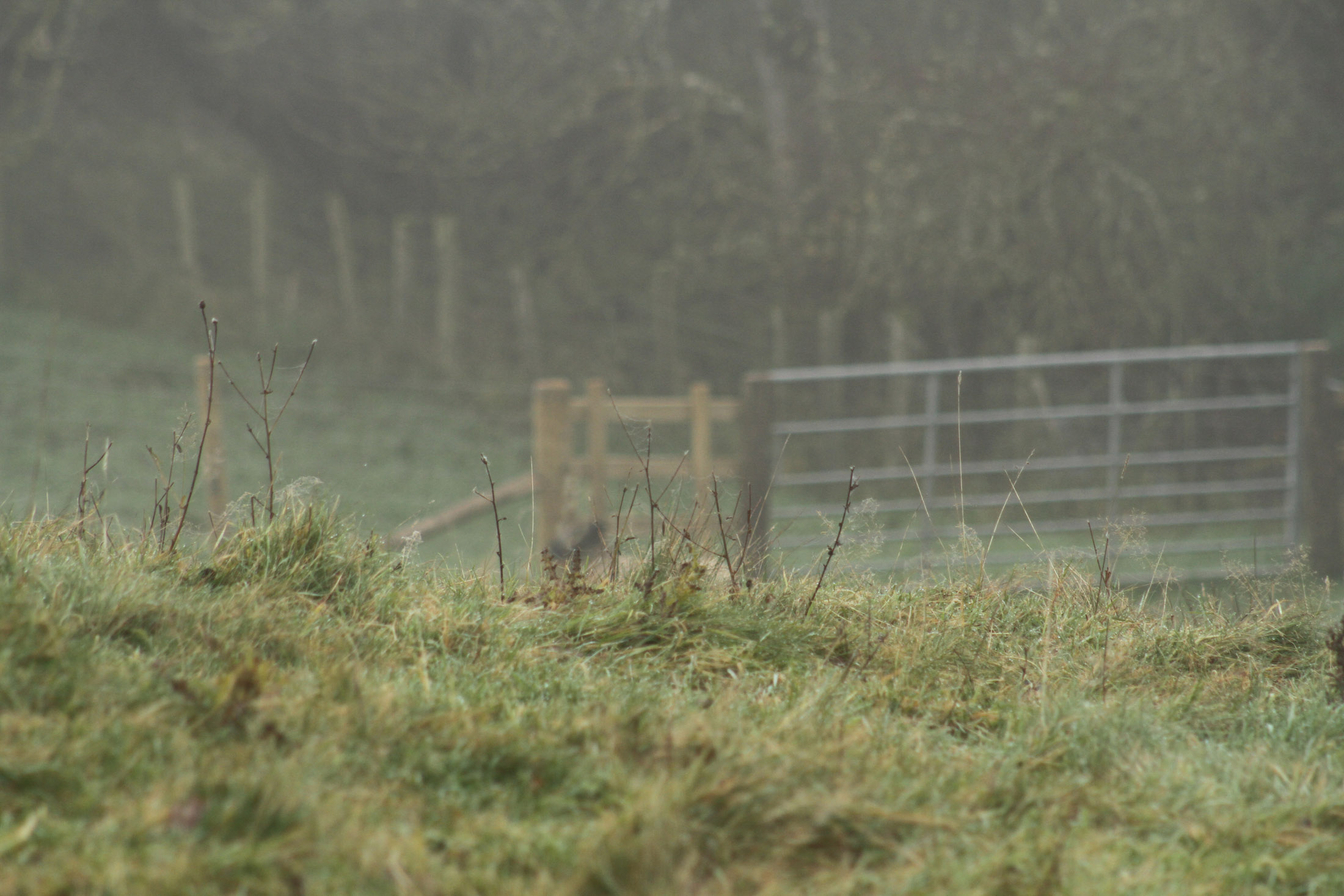 "I know Wark well...there is a great pipe tune by the Northumbrian piper Kathryn Tickell called The Wark Football Team"

(in response to Prof. Hanley's comment, the Northumberland piper Kathryn Tickell very kindly gave permission for her recording of Grey Bull/Wark Football Team to appear here. Her other recordings and information on her music can be found at her website.
If you would like to pause the audio just move the mouse off this section) 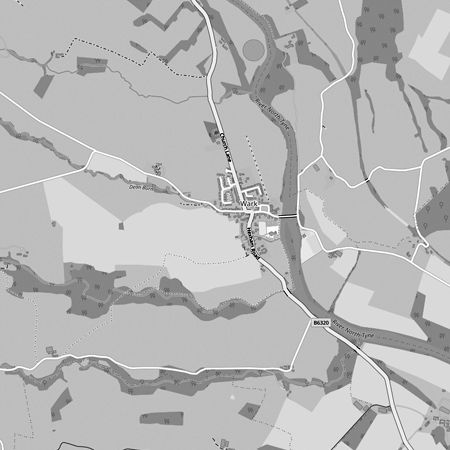 response by nicole gosling, PhD researcher on the topic of lameness, university of lincoln

your illustrations and these videos remind me that a lame sheep are visible even from far away because of the up and down movement of the sheep’s back. I initially thought, well that’s sort of helpful because it lets the farmer know who needs treatment. But from the sheep’s perspective, maybe it puts a target on their back, and adds visibility to a problem they may not wish to advertise.

Nowadays with the 5-point plan for dealing with lameness, one of the recommended methods of reducing lameness in the flock is to ‘cull repeat offenders’. I have always been fascinated by the term ‘repeat offender’ being used to describe a sick animal that has done nothing wrong, but it reminds me that while humans are often treating and helping lame animals, we may also make the decision to simply get rid of it. In this sense, the animal identifies itself as a liability through its visual cues.

response by nicole gosling, PhD researcher on the topic of lameness, university of lincoln

Your 2 farmers are very different to the farmers I know in our village, and to the kinds of farmers whose behaviour we try to model in the Field project.

They talk about their sheep, and seem to relate to their sheep, in a very different way to our village farmers, who I think see the ewes just as a way of making as much money as possible (possibly due to the fact that they will shortly be lambing 1700 ewes, not 40)

...under the new Environmental Land Management scheme in England, farmers will get subsidies mainly for producing public goods like carbon storage, flood risk mitigation and biodiversity – although the more they produce of these public goods, the more subsidy they get. So you could say that the new scheme of taxpayer support for farming encourages the maximisation of pubic goods from farming, rather than land area or crop/livestock production. Interestingly, one of these public goods will almost certainly be animal health...